Recommended: The Year of Magical Thinking 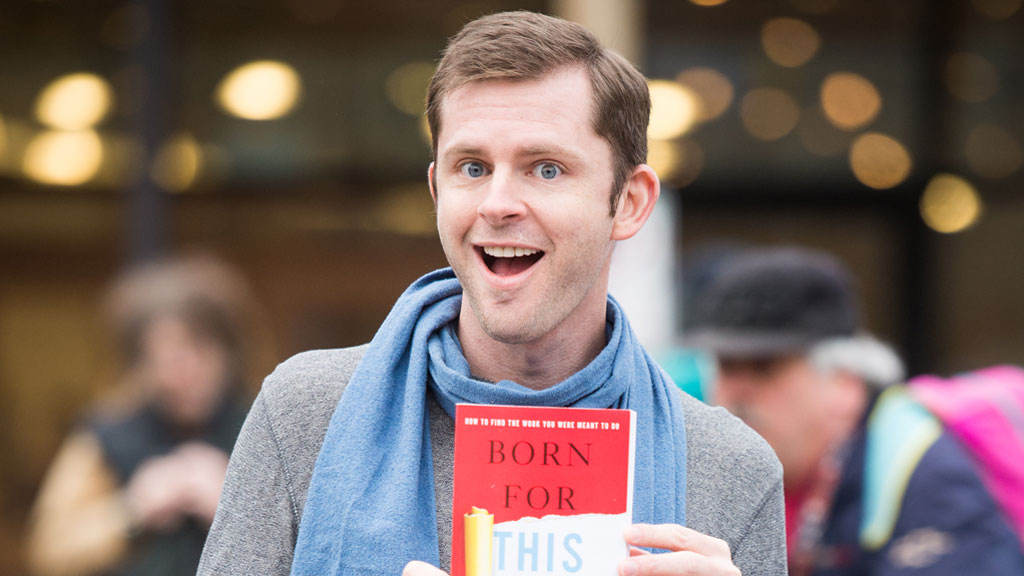 First things first: I’m on the go to at least twenty countries each year, in addition to traveling more than 100,000 miles domestically. At the moment, I’m kicking off a thirty-city book tour that has me waking up in a different place nearly every day for five weeks. Therefore, sometimes there’s not a routine, or at least the routine varies greatly by time zone.

I was recently in Jakarta, Indonesia, and ended up working a modified night shift for most of the week. I worked on my projects through the night, woke up for “morning coffee” at 2:00pm in the afternoon, and then everything was pushed back from there. It felt a little disorienting because I’d show up at the hotel restaurant for “lunch” around 10:00pm, right before they closed for the night. Then I’d have “dinner” during normal breakfast hours before falling asleep as the sun rose.

However, let’s talk about the normal routine when I’m home in Portland, Oregon, or at least on the road in the United States or Canada. I try to wake up early, usually around 5:30 or 6:00am. I drink two glasses of water right away. I make my first cup of coffee and spend twenty minutes catching up on the news and seeing if anything urgent came into my inbox or social feeds during the night. Then I make a shift—I shower, head to my office by Uber or Lyft while picking up breakfast along the way, and get down to more “real work.”

When I’m writing a book, I try to spend at least two hours every morning working on it. I often have interviews or calls, usually at least 1-2 a day and sometimes more, and typically 1-2 meetings as well. But, as much as possible, I try to reserve 8:00 to 11:00am for my own independent work. I drink sparkling water and listen to ambient music while I plow through my list of tasks and projects.

I’ve settled into it over the past decade or so. Much of that time has also included a lot of active travel. I had a personal quest to visit every country in the world from 2002-2013, which required a lot of flexibility, but when I’m home I try very hard to keep to the routine.

The morning routine hasn’t changed much. I’ve actually added more to an evening routine, which I realize is not the focus of this great interview series. At the end of the day I ask myself, “Did today matter?” and journal a few quick notes related to that question. I drink herbal tea and sometimes take melatonin to help with falling asleep.

I can be a night owl on occasion, particularly when I’m traveling, but at home I try to be in bed by 10:00pm.

Do you do anything before going to bed to make your morning easier?

In addition to the “Did today matter?” journaling prompt, I usually decide what I’m going to wear and pack my laptop bag for the next day. Making decisions about that stuff in the morning takes too much energy that should be reserved for creative work.

Oh, and I also try to identify one small thing that I’ll do when drinking the glasses of water and looking at the news early in the morning. It could be completing a batch of edits, finishing up a group of interview questions like these, or making the initial outline for a talk. I’ve learned that this little touch helps a lot on busy days—by the time I get to the office, I already have something off my plate.

Yes, I use my phone—and yes, I’m guilty of hitting the snooze button, usually at least once but sometimes more than once. To me, the “no snooze button” movement is kind of like the “no email in the morning” movement: overrated. Snoozers unite!

I usually eat within an hour, and I try to have a good breakfast every day. At home I pick up a breakfast sandwich from Lovejoy Bakers, a local place I visit almost every day. On the road I’m in hotels, so it’s eggs and coffee. Further afield it might be an Indian or Lebanese breakfast (think labneh, hummus, fava beans, etc.), which is also great.

Oh, I’m also a big believer in coffee. I’ll usually have at least one americano or macchiato, and more often two.

I usually exercise later in the day; sometimes I might do it in the morning, but not often enough to call it a routine. I typically run 3-5 miles and do a few sets of pushups and situps. Once or twice a week I go to a vinyasa yoga class.

Do you answer email first thing in the morning or leave it until later in the day?

First thing! Well, I don’t spend my whole morning doing email, but I also don’t leave it until later. Long ago I learned a great trick from Chris Brogan: spend a short period of time going through and answering urgent queries, firing off anything important, and deleting junk mail. Next, focus on your creative work for a while, and then return to the rest of the mail.

I love this approach because if I completely ignore email and leave everything for later, I end up getting way behind. Once I get behind, it’s a disaster because people are waiting on things, and it takes hours upon hours to catch up and get back to everyone. By doing a little at first, I’m much more prepared for the day.

How soon do you check your phone in the morning?

It’s just like the snooze button: guilty as charged. I check it right away.

Do you also follow this routine on weekends, or do you change some steps?

Saturday is a regular work day for me. In fact, I love working on Saturdays because a lot of other things slow down and I can catch up. If I send fifty emails on Tuesday morning, I might get back thirty replies before noon, which is great, of course, but also a big challenge as things stack up. On Saturday, though, if I send fifty emails (most of which are usually replies), a lot of them won’t boomerang back into my inbox until Monday morning.

I do mix it up on Sundays, where I try to take half the day off. It’s also the only day of the week when I don’t set an alarm. Most of the time I go for a long-ish run of 6-8 miles and then to brunch. I settle back into a project or two in the afternoon and then a bit of forward planning for the rest of the week.

What do you do if you fail to follow your morning routine, and how does this influence the rest of your day?

I think the best way to put it is that some failures are acceptable and others aren’t. If I’ve slept poorly or didn’t hydrate well, it’s a bad omen for the rest of the day. I’ll be distracted and unfocused. On the other hand, if I sleep a bit later than usual, it’s not always a problem. I try to schedule meetings and calls for later in the day in order to keep the morning reserved for the work and writing I do on my own.

It may sound like my life is disruptive because of all the travel, but I love routines. Readers here won’t be surprised when I say that routines help, not hinder, the creative process. I wouldn’t be able to produce regular work in multiple fields without being faithful to my routine more often than not.

Also, as you’ll note from the above, the best routine is your own. I check email in the morning and don’t exercise until later. If everyone else advocates the opposite, good for them. But you should always find what works for you, not for anyone else.

As a random example, I recently heard of someone who had a glass of red wine every morning. That would be a terrible idea for me and many other people, but this person seemed productive and happy. Who’s to say they should leave the cork in the bottle until 5:00pm? Certainly not me.

Photo of Chris by Bonnie Caton.

Our recommended book this week is The Year of Magical Thinking by Joan Didion. We only recommend three things a week that we believe will be of interest to our readers. Please take a moment to check it out.